What is Forex Trading?

Chances are that if you have travelled internationally, you have probably exchanged your currency for the local currency. Have you ever wondered who (or what) decides the currency value and exchange rates? Forex (sometimes referred to as FX or foreign exchange) does just that. 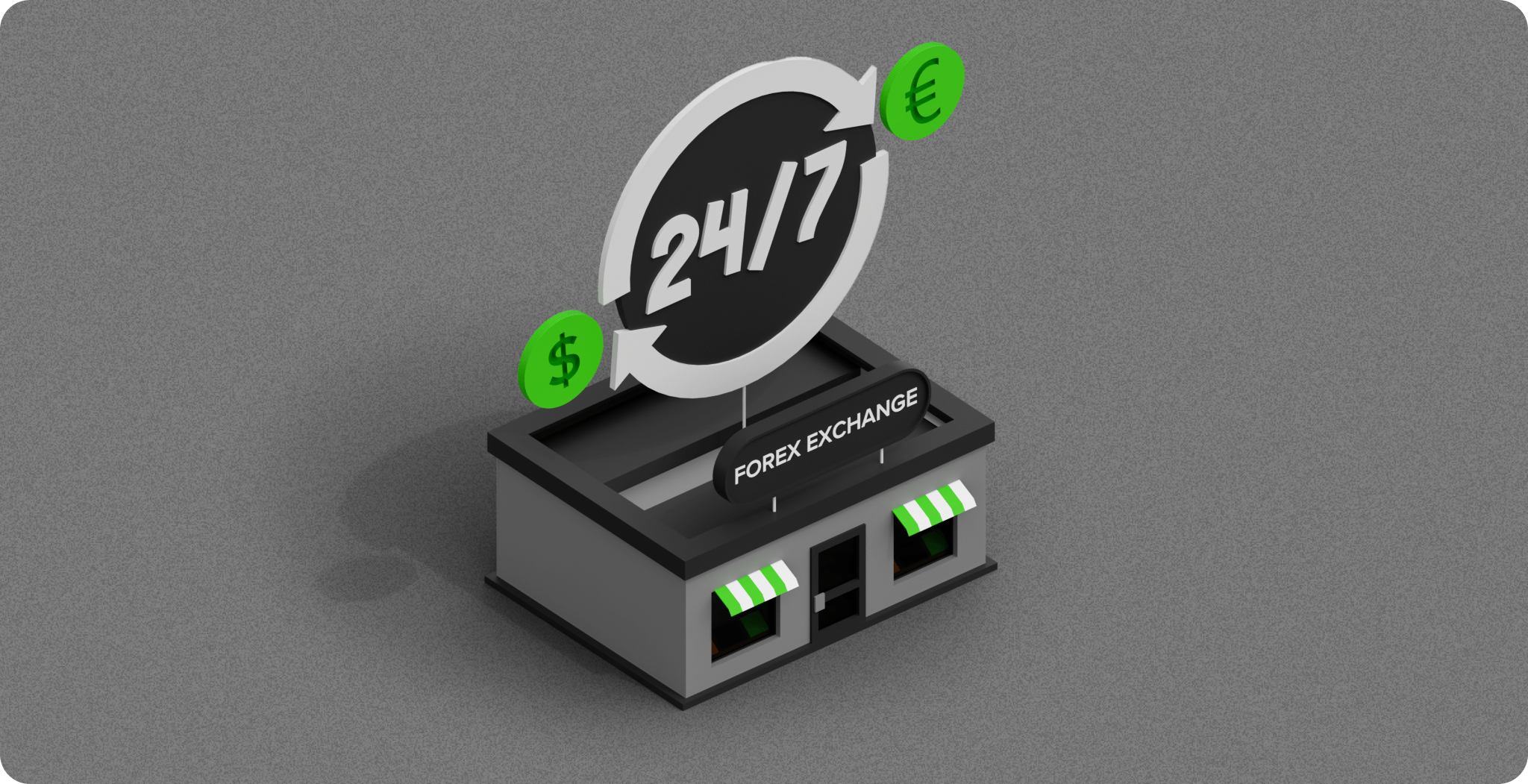 What is the foreign exchange market?

The foreign exchange market is an over-the-counter (OTC) market for trading currencies that is ran by a global network of banks. This market determines the foreign exchange rates for currencies and is the largest market in the world, followed by the credit market. This means that forex markets offer the most liquidity, making it easy for investors to enter and exit at the drop of a hat. It is one of the most actively traded markets in the world with an average daily trading volume of $5 trillion. The forex market is spread across four major forex trading centres: London, New York, Sydney and Tokyo.

What is forex trading?

Forex trading is the trading of currencies within the foreign exchange market. The exchanging or currencies can happen for a variety of reasons, including commerce or tourism; and forex trading determines those rates. Since the trading occurs over-the-counter, all trades take place on computer networks between traders 24 hours a day five and a half days per week. Since trades take place almost any time of the day, the market can be extremely active and price quotes are constantly changing.

What is the history of Forex Trading?

Forex trading doesn’t have a long history compared to stock markets, which dates back to the 1600s, but the beginning of forex trading can be traced back to when countries began using and minting their currencies. The modern forex market began in 1971 after the accord at Bretton Woods in 1971 was passed, which initiated the Bretton Woods Agreement and System, creating an official foreign exchange system. It used to be very difficult to get started in forex trading as an individual investor as it required a large amount of capital. But now with the introduction of new platforms aimed at individual investors, forex trading has become much more accessible.

How do you trade forex?

Those who want to trade forex typically hire a commercial broker or investment bank to trade for them, but, individual or professional investors can also trade.

There are three different markets for forex trading:

The spot market is the largest and most popular since it is the underlying real asset that the other two markets are based on.

In this market currencies are bought and sold at rates according to many elements, including interest rates, political sentiment and situations, and economic performance.

For example, if there is more supply or demand for a country’s currency, or when its exports and imports are unequal, that influences the value of its currency.

The forwards and futures markets trade contracts instead of currencies that represent a future date for the contract trade settlement. The forwards market deals with two individuals who determine the terms of the contract themselves, whereas the futures market deals with contracts that have specific details and are based on a standard size and settlement date on public commodities markets. Large institutions often utilize these markets to hedge against exchange rate fluctuations since these types of markets can offer risk protection.

What are the risks of forex trading?

With any type of market and trading, there are risks, including forex trading. A high amount of leverage is allowed by banks and brokers in the forex market, which can lead to many traders becoming insolvent unexpectedly, as traders can control large positions with little money. In addition, since forex traders are trading currencies, they need to have a comprehensive understanding of economies as a whole, how certain countries are connected with others and what can drive the currency values.

How can I profit from forex trading?

With forex trading, currencies are considered an asset class whereby traders can turn a profit. As a forex trader, you can earn a profit from:

But as always, you should do your own research and build your own knowledge about trading currencies before trying to turn a profit.