What is a stock market cycle?

There are often fluctuations in any type of cycle – trends and patterns that can be predicted and tracked based on past performance. With various cycles ranging anywhere from a couple of minutes to more than 10 years, the stock market cycles are no different. Its cycles have been extremely helpful in stock market predictions as short- and long-term price patterns and are regularly used by traders to manage risk, since market cycles consistently move and behave in similar ways and phases. But, while stock market cycles have clear trends, the beginning and end points are often times unclear and difficult to pinpoint.

What are the stages of a stock market?

Generally, there are four stages in a stock market cycle, including accumulation, markup, distribution and decline. 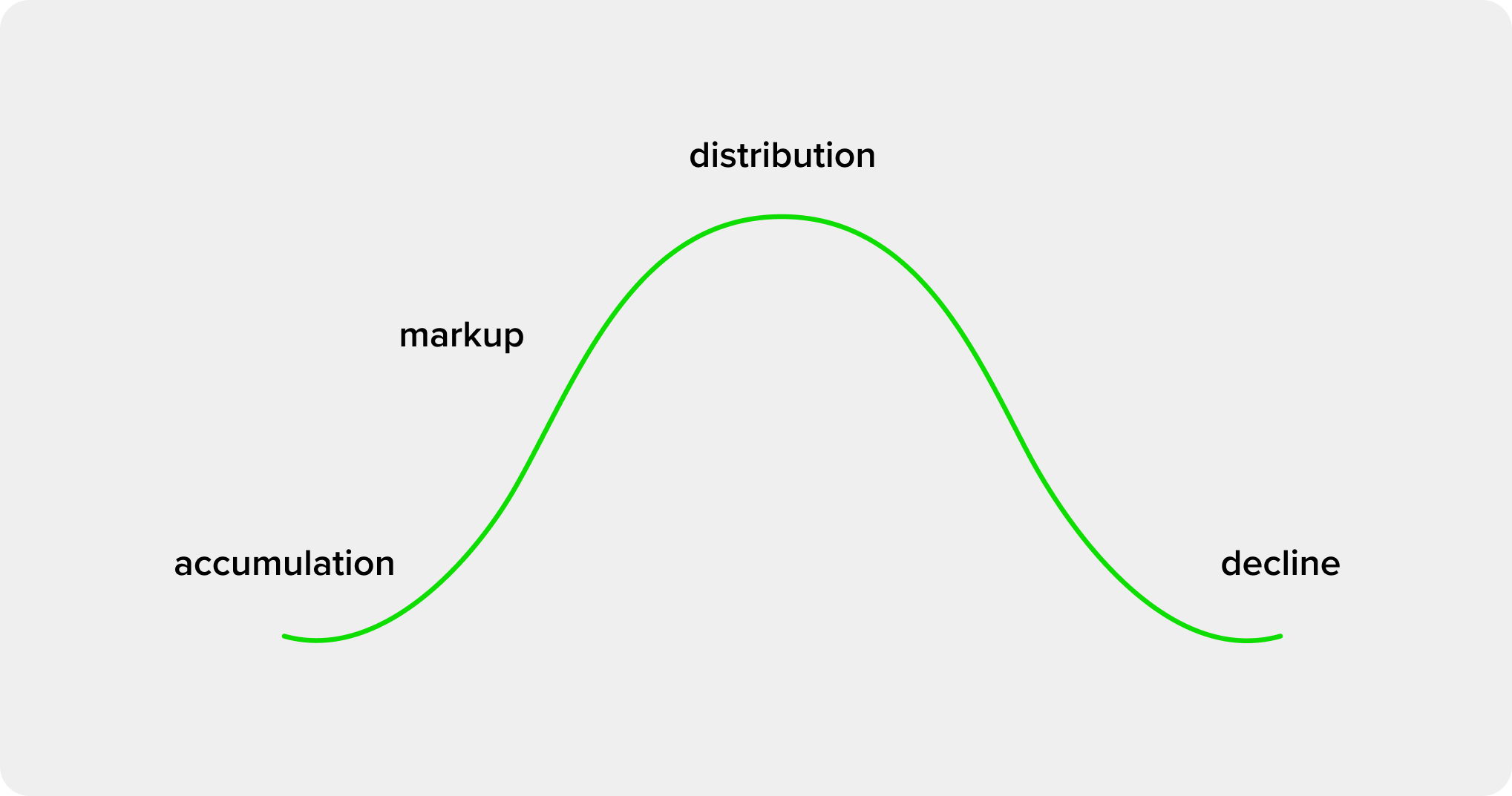 These cycles can be predicted by taking certain performance indicators into account, for example, seasonal weather patterns, business cycles and holidays.

What is an economic cycle?

What are bull and bear markets?

A bull market is when the stock market increasingly rises over a period of time. This happens because of various factors, such as when the economy is strong and there are high employment levels.

A bear market, on the other hand, is when the market is in decline. This is when stock pricing drops because of a heavy sell off from investors who see more difficult days ahead, and it leads to cautious behavior by investors and trades. For example, the stock market crash of 1987 – also known as Black Monday (or Black Tuesday depending on geography) – was a bear market that lasted about three months before recovery in early 1988.

As a general rule, traders try to capitalize on bear markets by buying stocks at exceptionally low prices and selling while high during bull markets to maximize return on investment. It’s advisable to avoid the riskier stocks when there is an impending bear market as they can lead to big losses. But, as mentioned earlier, this is extremely difficult to predict. Learn more about bull and bear markets.

What is the market impact of a stock market cycle?

The market impact of stock market cycles varies on the stage of the cycle. For example, during the mark up stage, luxury goods tend to do well as people are buying more unnecessary goods and consumer confidence and spending is at a high. On the other hand, during a decline stage, consumers are buying and will continue to buy only the necessities. These types of stocks will in general always yield stable gains regardless of the stock market cycle performance and stage. The impact a secular bull market can have on investment performance would be remarkably positive.

Since stock market cycles have a tendency to have varied amounts of volatility, in the end, it’s up to you as a trader and investor to identify the amount of risk your portfolio can withstand and adapt accordingly.